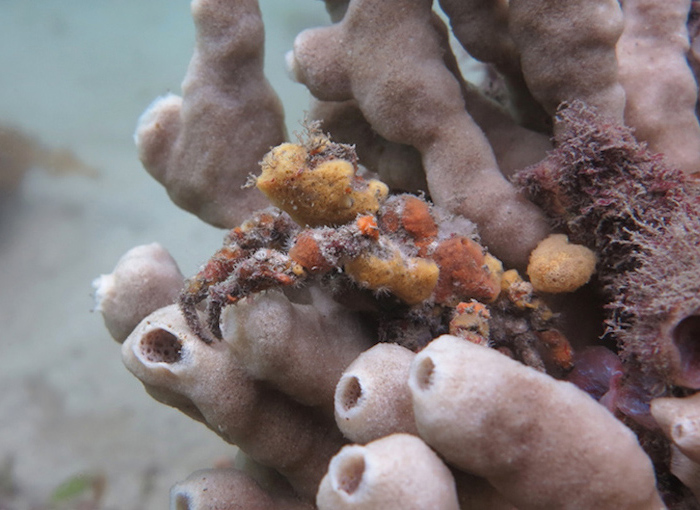 • A page about the book Darwinian Populations (2009), and a site about Philosophy of Biology (2014) which will carry updates and additions.

• “Conditions for Evolution by Natural Selection” (2007). Evolution by natural selection is often said to occur whenever three ingredients are present: variation, heredity, and fitness differences. Things are not so simple.

• “Darwinian Individuals” (2013) is about living things and evolving things.

• “Individuality and Life Cycles” looks at problems that complex life cycles raise for standard ways of talking about evolution, and suggests a generalization of the idea of reproduction. This is my first substantial revision of the framework of Darwinian Populations. Complex Life Cycles and the Evolutionary Process is a follow-up (from the PSA 2014 conference).

• “How the Tortoise Beats the Hare” is a new paper about adaptation in rugged fitness landscapes and Wright’s “shifting balance” theory. Josh Nahum is first author, and it includes an experimental evolution study of bacteria done in Ben Kerr’s lab. (PNAS made us change the title above.)

* The tortoise-hare paper now has an accompanying commentary.

• “The Replicator in Retrospect.” The replicator concept is useful, but the role of replicators has been overstated. In particular, replicators are not essential to evolution by natural selection.

• “Reproduction, Symbiosis, and the Eukaryotic Cell” is about symbiosis and evolutionary transitions.

• “Three Kinds of Adaptationism” (2001). Some versions of adaptationism about evolution are empirical claims about the biological world, but others are not. Much of the heat generated by the debate is due to a more philosophical version of the view.

• “Individualist and Multi-Level Perspectives on Selection in Structured Populations” (2002). Written with Ben Kerr. “Individualist” and “Multi-Level” treatments of trait-group models are mathematically equivalent, but they package information differently and have different heuristic features. The right response is to maintain an ability to “gestalt-switch” between the two approaches. This 2012 paper updates and extends the 2002 one, applying our framework to “evolutionary transitions.”

• A book review about art and evolution.

• Evolution of Individuals – Lakatos Lecture for 2010

• My 2014 book Philosophy of Biology is dedicated to David Hull, who died in 2010. My obituary for David is here.

* The animal at the top is Hyastenus elatus, a decorator crab, seen at Nelson Bay, Australia. These crabs encourage sponges and other organisms to grow on their bodies, for camouflage. In time they become little walking ecologies.

• “Information in Biology.” A survey of work on the role of informational concepts within biology, especially genetics.

• “On the Theoretical Role of ‘Genetic Coding‘” (2000). Genes can code for proteins, but not for phenotypes in the usual sense.

• “Information and the Argument from Design” (2001). Some proponents of “Intelligent Design” creationism appeal to information theory to make their arguments look more rigorous. This paper criticizes William Dembski’s view, and also includes a general discussion of information and probability in evolution. A modified version of a paper in a book edited by Rob Pennock on the “Intelligent Design” controversy.

• “A Modern History Theory of Functions.” (1994) and “Functions: Consensus Without Unity” (1993) discuss functions and functional explanations in biology.

• “Selection in Ephemeral Networks,” with Ben Kerr (American Naturalist, 2009). A model of evolutionary change in social networks that form and dissolve as part of the organisms’ life cycle. Extends standard models of the evolution of altruism.

• “Evolution of Behavioral Heterogeneity in Individuals and Populations” (1998). Written with Carl Bergstrom, about the relation between mixed strategies and polymorphisms in game-theoretic models. When will evolution distinguish the two?

• “What is Altruism?” With Ben Kerr and Marc Feldman (TREE, 2004). Distinguishes three different evolutionary senses of altruism that have different dynamical properties. Technical, but worth it for Ben’s great color graphic at the end.