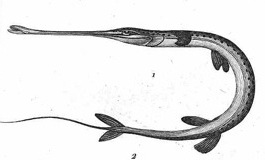 • The Strategy of Model-Based Science (2006). A summary of my views on models and modeling, with contrasts to the “semantic view of theories.” Richard Levins’ work in evolutionary ecology is used as a case study.

• Models and Fictions in Science (2009). Compares the imaginary systems described in scientific models with the fictions of literature. Given at the 2008 Oberlin Colloquium, now in Philosophical Studies.

• Abstraction and Idealization in Evolutionary Biology. Presented in Paris, 2006. The examples are biological, but the main aim is to make sense of the relations between abstraction, idealization, and approximation.

The Relations between Philosophy and Science

• A talk given at the New School for Social Research in 2014.

• Progress and Procedures in Scientific Epistemology is about evidence and scientific change. The Reichenbach Lecture at UCLA, 2007.

• Induction, Samples, and Kinds. Two kinds of inference from observed to unobserved cases can be given a philosophical justification, and the familiar philosopher’s concept of “induction” corresponds to neither of them.

• Goodman’s Problem and Scientific Methodology (2004). The ‘grue’ problem — or rather, much of it — can be assimilated to some well-known problems arising in scientific data analysis. The connection is made through the concepts of confounding and bias.

• Popper’s Philosophy of Science: Looking Ahead discusses ideas in Karl Popper’s philosophy of science that I think have continuing importance. Appears in the Cambridge Companion to Popper.

• Theories and Models in Metaphysics (2006). Given at Daniel Stoljar’s methodologically explicit conference at ANU, July 2005. More models, but applied to a different part of philosophy. Appears in the Harvard Review of Philosophy.

• Metaphysics and the Philosophical Imagination, (2012). A closer look at model-building in philosophy.

• Causal Pluralism surveys views that treat causation as disunified in a fundamental way. In the Oxford Handbook of Causation.