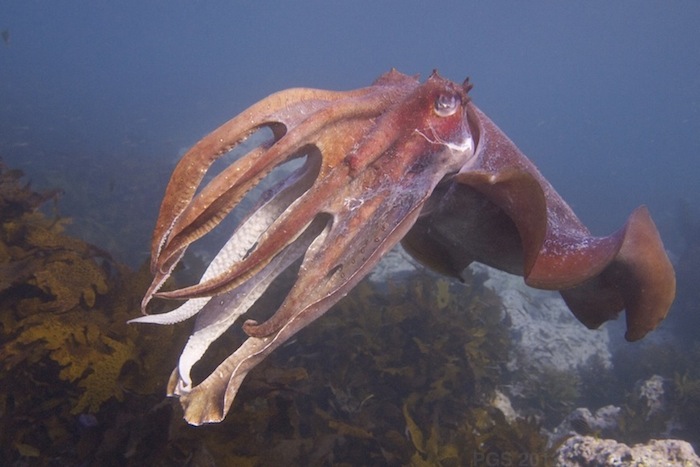 The papers below are mostly about cephalopods, the group of animals that includes octopuses, cuttlefish, and squid.

My blog discusses these animals and other underwater topics as well.

* Coverage of our 2016 octopus work in the New York Times, BBC, and The Guardian. (Here is a page collecting the media coverage.)

• “Did They Mean To Do That? Accident and Intent in an Octopuses’ Garden” (M. Hing and P. Godfrey-Smith), The Conversation, November 14, 2017. Reprinted by ABC News (Australia). 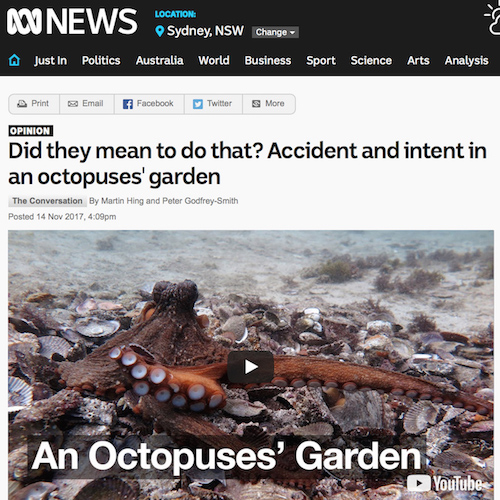 • Cephalopods and the Evolution of the Mind. In Pacific Conservation Biology, 2013.

• Long-Term High-Density Occupation of a Site by Octopus tetricus, with Possible Site Modification Due to Foraging Behavior (P. Godfrey-Smith and M. Lawrence). Marine and Freshwater Behavior and Physiology, 2012. Observations of a site in Australia. For an update about the site, see here.

• “Octopus tetricus as an Ecosystem Engineer,” (D. Scheel, P. Godfrey-Smith, and M. Lawrence), in  Scientia Marina. A second paper about the Octopolis site. 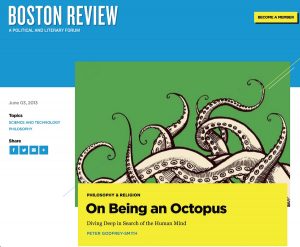 • On Being an Octopus. Boston Review, 2013. What might it be like to be one of these animals? A Nautilus interview on the same themes is here. 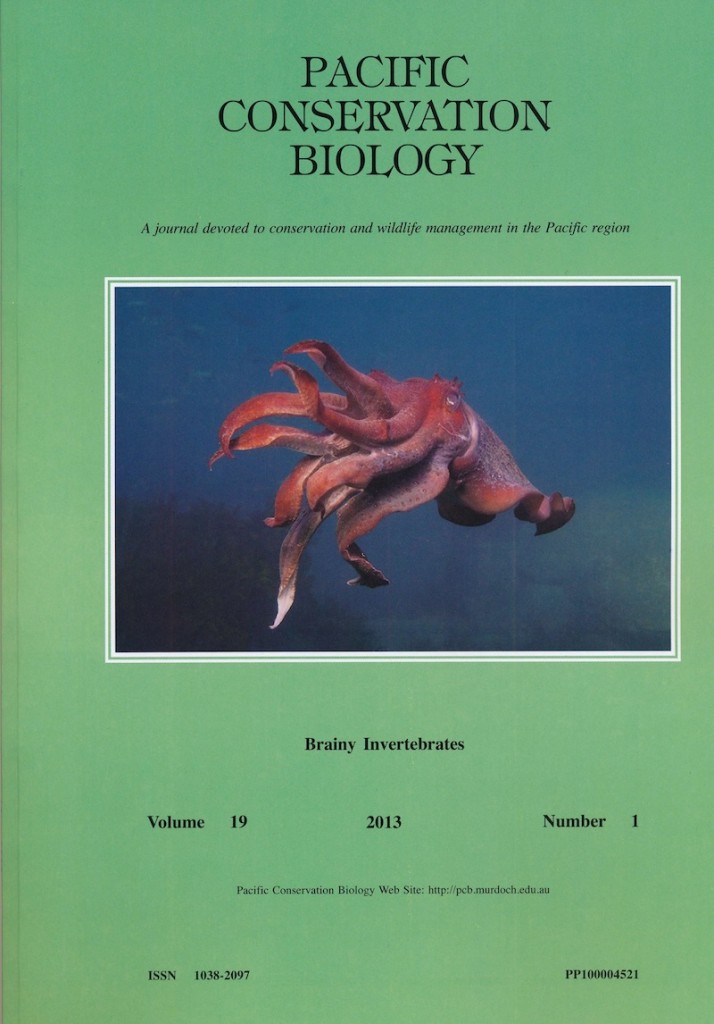 • A new paper about the evolution of communication, with some underwater content.